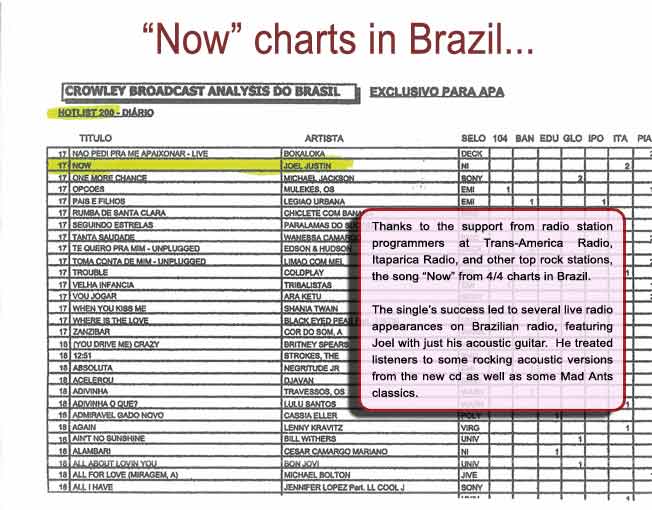 they call him the “gringo”…

With a new home base in São Paulo-Brazil, having recorded his new cd “4/4” in Salvador, Joel Justin and his all-Brazilian band prepare for a tour of South America.

The band recently performed in Victoria da Conquista with the legendary Rio based reggae band Cidade Negra. Upon hearing the “gringo’s” new songs, the Portugese speaking crowd was singing along in English and dancing to the beat.

Joel’s music is well received among his peers in the industry. Axé superstar Ivete Sangalo, whose publicist and marketing people have been very helpful in the advancements of Joel’s career in Brazil, is considering covering one of his songs. Margareth Menezes, a David Byrne discovery, is also a big fan of Joel’s music. Joel and Margareth sang a duet of his new ballad “Like it Was Yesterday” at the famed Troféu Caymmi awards ceremony at the TCA Auditiorium.

If you get a chance, the smaller venues, such as the quaint Na Mate Café (also in São Paulo), are a great way to see this artist, as he is at his best up close and personal where the songs and lyrics really come across.

Joel is currently showcasing his one man performance, “The Bitter and Sweet Show” throughout the U.S.

“Chasing a dream: The making of a record deal” -Jim Masters